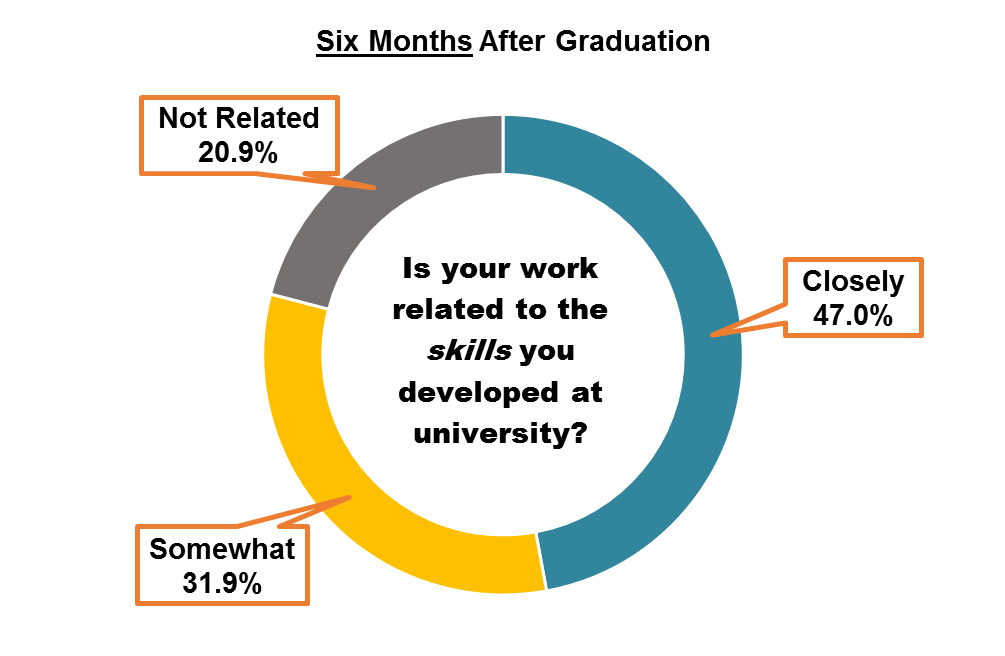 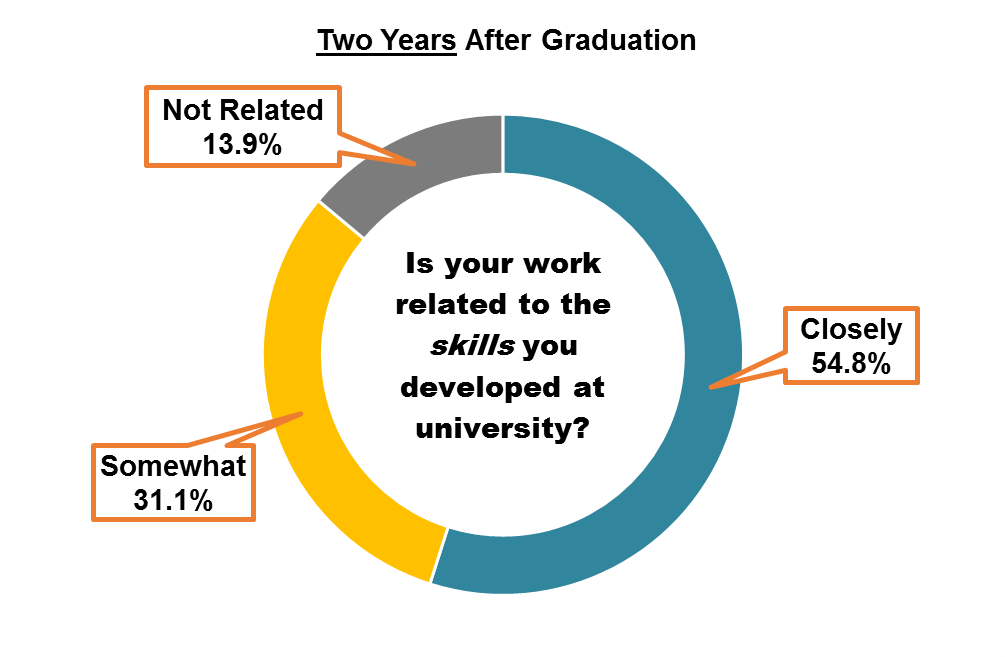 Note: Of the 78,232 students who graduated in 2011, 72,249 were contacted to participate in this survey. Six months and two years after graduation, 17,950 and 20,055 graduates, respectively, responded to this question.
Source: Ministry of Training, Colleges and Universities, 2013-2014 Ontario University Graduate Survey. See http://www.tcu.gov.on.ca/pepg/programs/osaprates/OntarioUniversityGraduateSurvey1314.pdf

For further discussion and analysis on the issue of a skills gap, check out HEQCO’s recent three-part series.