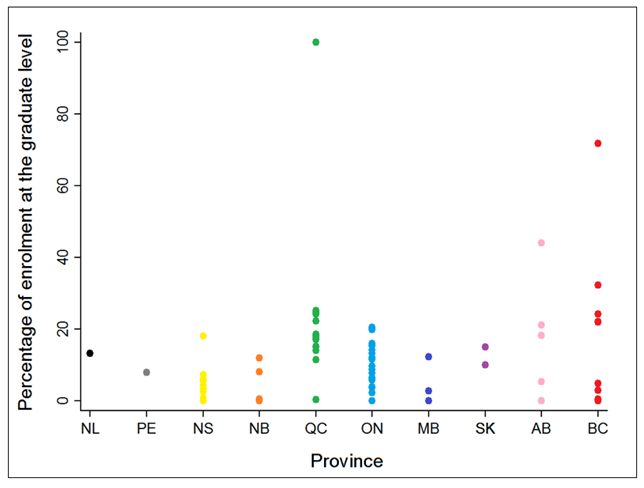 Ontario is working to transform its postsecondary education system through differentiation – where institutions build on their individual strengths. One component of differentiation is the graduate to undergraduate ratio. The above graph displays the institutional spread of graduate level enrolment by province. Newfoundland & Labrador and Prince Edward Island are single university jurisdictions and therefore show no inter-institutional differentiation. In provinces like Ontario, Quebec, and Nova Scotia, there is little variance in terms of the graduate to undergraduate ratio. In Alberta and British Columbia, however, the public university system has a higher degree of diversity in the percentage of graduate level enrolment. With Ontario’s recent shift toward greater institutional differentiation, it will be interesting to see if this pattern across institutions persists or if graduate student enrolment will further diversify across Ontario’s universities.